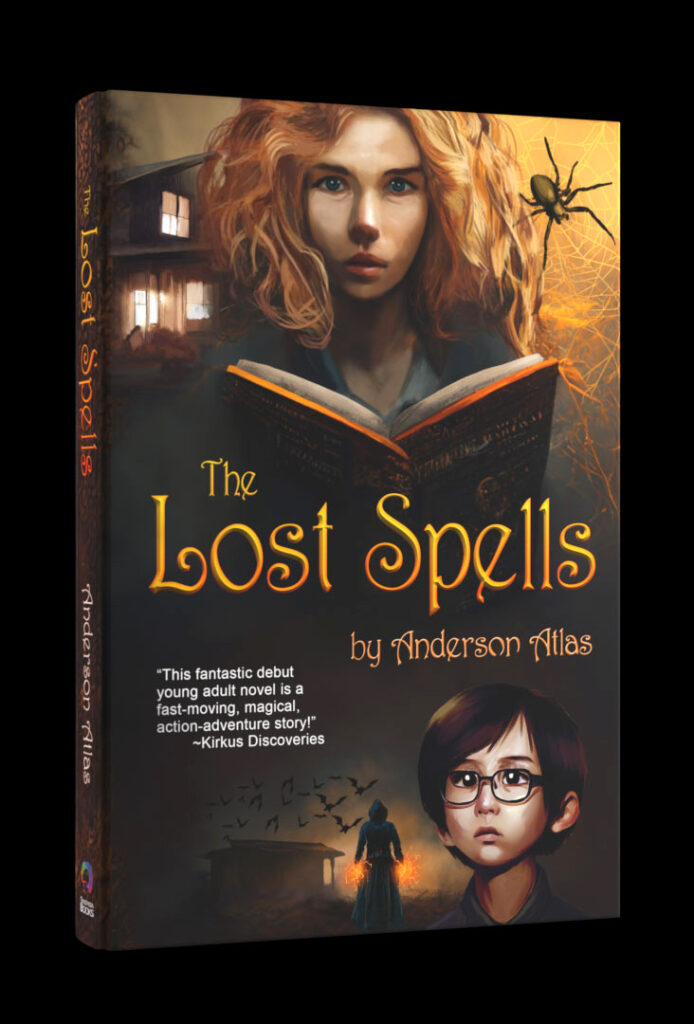 Karl Chen and family were homeless and forced to move into a broken-down ranch house nestled in a canyon outside Tucson Arizona. Not only is the house trashed, boarded up and left to rot, it’s haunted.

Adventure hits Karl when he meets a talking spider and learns the ghost is an old witch from Romania. Karl teams up with Spider-Mary, once a girl. With only Vira’s magic book, their wits and bravery, Karl and Spider-Mary battle Vira, defend their canyon home, and attempt to return Mary to her human form.

“The 4-chapter long climax had me at the edge of my seat”
-as appeared in the Arizona Bilingual Magazine, Tucson, AZ

“Loaded with commentary, word definitions and story expansions, this fantastic debut young adult novel is a fast-moving, magical, action-adventure story that unobtrusively passes along a few lessons on how to disengage from the virtual world and develop solid values.”-as reviewed by Kirkus Discoveries

Kirkus Discovery’s review gave The Lost Spells a Star Review! A star is assigned to books of unusual merit, determined by the editors of Kirkus Reviews.

Loaded with commentary, word definitions and story expansions, this fantastic debut young adult book is a fast-moving, magical, action-adventure story that unobtrusively passes along a few lessons on how to disengage from the virtual world and develop solid values.

Buy a copy of The Lost Spells now for the thrilling adventure of the year!