“Allan Westerfield is a wheelchair-bound hero, but a hero nonetheless.   Five stars.” ~reviewed by C.J. Shane at Sonoran Arts Network

I’ve been a fan of children’s literature since….well, childhood, and my enthusiasm has never waned. I continue to read children’s and YA (young adult) literature even today. I’ve had the pleasure of knowing the Potters, both Beatrix and Harry, and I know where the wild things go in the middle of night.

Consequently, it was with anticipation that I opened the pages of Return to Lan Darr, a sci-fi adventure story written and illustrated by Anderson Atlas.   Return to Lan Darr is book 2 in theHeroes of Distance Planets series by Atlas, a pseudonym for Tucson writer and illustrator Brad Peterson. I had not read the first book in the series. My immediate concern as I began reading was to see if Atlas could catch me up to the action right away so I would not feel lost. Atlas did not disappoint.

I quickly learned that our hero, Allan Westerfield, is a 15-year old paraplegic who spends most of his life in a wheelchair. Allan lives with his uncle Rubic because Allan’s parents died in a car crash, the same crash that put Allan in a wheelchair.  Allan is also a young man who has discovered that the pollen of the very rare Hubbu flower makes possible instantaneous space travel through a worm hole. Allan has already made use of this pollen, and he proved his meddle by helping the residents of the planet Lan Darr rid themselves of the bloodthirsty monster Jibbawk.

But now back on Earth, going to school every day, doing homework, trying to develop a friendship with school pal Laura, negotiating life with his uncle….life has become very mundane for Allan, especially knowing he can’t talk about his space adventures. Only his uncle and his therapist know, and it’s clear that they see his stories as delusions caused by trauma. Allan learns to not talk about his adventures, but he thinks often about his Lan Dar friends, especially the warrior Asantia. He dreams of going through the worm hole again.

Then disaster strikes. Laura takes Allan’s diary with the intention of helping him recover from his fantasies. She loses the diary. Soon every kid in the school knows about his space stories, it’s all over social media, and Allan has become the butt of a thousand jokes. The reader, too, has to wonder if Allan is experiencing escapist delusions based on psychological trauma.

Allan’s reaction to all this?  He feels humiliated, but he prevails because he knows the real truth. One thing leads to another pretty quickly and before we know it, Allan finds more pollen and he’s off to a new planet. This time it’s not Lan Darr, though. He will go through lots of pollen (different colors take you to different planets) before he returns to Lan Darr.

This book is action-packed – most definitely a page turner. Allan finds some Hubbu pollen and off he goes. We travel along with Allan to a cave-ridden planet filled with sword-carrying gigantic bat-like creatures, and then to a planet where visitors are seduced by luxury and leisure…until the easy life ends in enslavement. Allan meets one challenge after another and keeps his eye on the Lan Darr goal.

Meanwhile, back on Earth, the reader is thrust into Laura’s dilemma. She has been abducted by an apparently insane woman who believes her daughter was taken into space by the Hubbu pollen. At home, Rubic finds an intruder in his house, the dreaded monster Jibbawk. Of course Rubic doesn’t know that monster wants to kill and eat Allan, and Laura doesn’t want to lead the crazy woman to Allan. We follow these three lines of action: Allan, Laura, and Rubic in a roller-coast ride across the cosmos until the three adventurers all rendezvous on Lan Darr for the last great battle.

Return to Lan Darr is designated for the 11 and older reader. The fact is that any lover of action-packed adventure is going to enjoy this book. The only qualification I have is the illustrations. We don’t often see illustrations in books for this age group. However, these illustrations, all well-drawn, appear to be charcoal or graphite, and are all very dark. More contrast would have made the drawings more appealing.

Beyond that, Allan stands as a model for those experiencing serious physical challenges. He is thoughtful, resourceful, and courageous.  And he knows and believes in himself. He is capable of resisting public humiliation and bullying at school as well physical challenges because of his resilience and courage. Allan Westerfield is a wheelchair-bound hero, but a hero nonetheless.   Five stars. 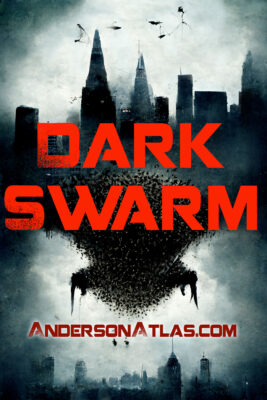 Still writing Dark Swarm. Just not working on the Graphic Novel version. I’ve put that on hold for now. But if you read, sign up 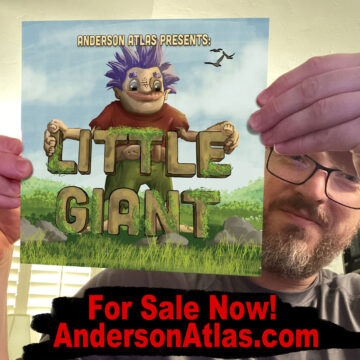 I just finished redrawing Little Giant. I pushed myself to create something better and took the time to get it done right. Now it’s done 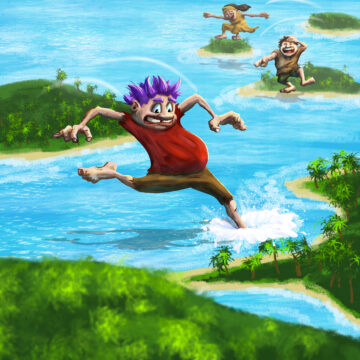 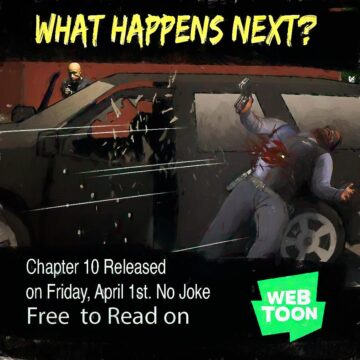 Chapter 10 released on Friday April 1st. This is no joke. I never remember to take advantage of April Fools and this is no exception. 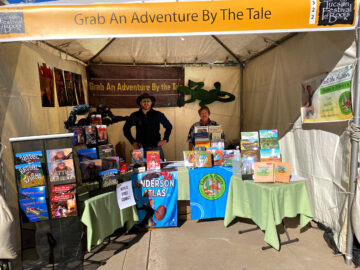 What a great weekend at the Tucson Festival of Books! Thank you to everyone that supported me and my booth partner Elaine Powers. So fun