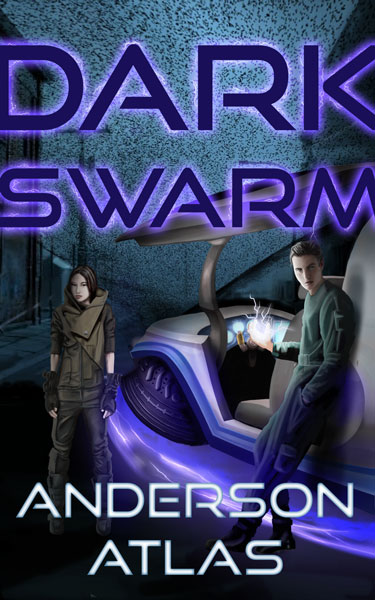 “As engineers, we are going to be in a position to change the world – not just study it.” ~Henry Petroski

Jack Morrison adjusted a rickety, flexible lamp, lowering it over a string of tiny bulbs. He grabbed the blow torch, aware it was almost out of fuel, and clicked the trigger. “This better work,” he mumbled as he held the bright flame over the last tiny, glass bulb on the string until it glowed. His hands shaking, Jack pressed the tiny single-wire electrode into the red-hot bulb, bending the surface of the glass like pressing on a soap bubble. If he did this wrong, he’d be out of butane and out of tiny bulbs.

The electrode pierced the bulb. Success!

Jack dabbed the bottom of the electrode with glue to strengthen the seal and help keep the argon gas inside the bulb.

Mel, Jack’s father, entered the garage where Jack had toiled every night for the last six months. “You know what time it is? Way too late, kiddo. I know you’re excited, but it’s a school night.” Mel stopped at the desk, hovering over Jack.

“Not when you’re done, now.” Mel picked up a small plate holding an uneated cookie and a glass of undrunk milk. “Not even making time for desert. I haven’t even seen Mire over either. She might feel ditched.”

“Mire understands me,” Jack mumbled. Jack didn’t eat the cookie because it was flourless and sugarless, those ingredients were too expensive, so the cookie wasn’t terribly exciting. The milk was reconstituted from a powder and wasn’t worth drinking either. Jack looked up at Mel, peering through his thick rimmed com-glasses. “Come on, please. I’m on my last bulb here.”

Mel sighed. “You’ve got ten minutes, until I flip the lights on you.”

“You’re epic.” Jack snatched the cookie off the plate and shoved it in his mouth. “I think I’ve done it,” he said with his mouth full.

Mel leaned over to inspect, smile wide. “I guess this is worth bending the rules,” he said. “Who knew you’d be able to blow a glass bubble that small and still fill it with gas.”

Jack took the glass and gulped down the powdered milk, only because the cookie was so dry and handed the glass back. “Trick is to use the gas to blow the bubble. I had to use non-flammable argon so it wouldn’t catch fire.” Jack inspected the final lightbulb with the magnifying glass, it being only two millimeters round.

“You test tomorrow when you have time,” Mel said sternly. He moved back to the door. “Do the trash real quick so you don’t forget. Take two bags out. We can’t afford the fee for the weight of a full can. Maybe next week. Your little project better pay off, it’s cost us all our savings.”

Jack leapt from the chair, grabbed the trash bin, took out a couple of bags, leaving it half full. He pulled up the squeaky garage door by hand, the motor broken, and wheeled the half-empty container out to the street.

He returned to the garage door, reached up to the handle, when a tall, overweight man walked out of the dark street and into the light. He wore a blue bandana around his nose and mouth, sun glasses and a button up shirt with a bloody knife patch on the sleeve.

Jack’s heart stopped. Adrenaline flooded his veins and he wanted to run away, but knew that would only get him killed, along with his parents. He stepped back slowly.

“Hey, stick bug, call for yo mom or yo dad,” the man growled. “But stay right where you is.”

Mel came out quickly. “What’s wrong?” He saw the man and shoved Jack behind him.

“Payment is due.” The man held up a credit card with one hand, the other pulled up his shirt exposing the handgrip of a large pistol. Only bad guys and cops had guns these days.

Mel slipped his wallet out of his back pocket, took a similar looking card and touched the surface. The number one thousand flashed on a digital screen on the card and Mel handed it to the man. The collector touched the cards together, the one thousand transferring from Mel’s card to his.

Satisfied, he handed the card back. “Got anythin’ to report?”

“No. No Bloods, no Neoz. No other gangs besides your Crypt buddies.”

The Crypt walked off without saying a word.

Jack returned to his desk. “I hate living here.”

“We’re gonna get out of here one day. This little invention of yours might just help.” Mel closed the garage door, the squeaking interrupting the quiet night again.

Jack focused on his project, calming himself by inspecting the metal wire and all the tiny electrodes.

Jack shrugged. “Gonna change it. We’ll be able to move into one of the gated communities and Mom’s breather will never run out of power again.”

A rustling noise outside startled Jack, his head spun. “Is that the collector again?”

Mel hustled to the side door, unlocked it and, peered into the dark side yard. “Just a cat.”

Jack’s hands shook. Too much adrenaline in his veins making him jumpy.

“William’s out in his front yard,” Mel said, standing half out the doorway looking across the street.

“He knows I’m entering the science fair. Probably trying to figure out how to ruin it.”

Mel pointed. “You’re gonna–” There was a crunching sound, snapping twigs. Mel’s head lowered, his palm slapping his forehead. “That was my wife’s new gardenia you just stepped on.”

Jack, at his desk and out of sight, shook his head.

Mel waved. “It’s fine. We’re fine. We’re going to bed. Have a good night. Say hi to your father for me.”

“Oh, okay, will do.” William’s voice was farther away. “Say sorry to Mrs. M about the plant!”

Mel pulled the door shut, locking it. “That kid is a Mimic.”

“A Kid that tell parents what they want to hear but are liars and cheats.”

“I know. I tell everyone that. No one believes me.”

“I do.” Mel found the stool and sat. “He smashed your mother’s new plant, trying to pretend to be friendly.”

“Oh, he saw it.” Jack held up the string of lights carefully. “I’m ready to test.”

Mel gave in, ignoring the ticking clock. “Alright, do it.”

Jack plugged the wire end to a computer board he’d built, and flipped the on switch. The lights flickered, their glow intensifying until they were hard to look at. Jack smiled, all the bulbs were on. He checked the voltage meter he’d plugged into the line. “This is ten bulbs going, and it’s barely pulling current. Each bulb is only using half a watt.”

“Yeah, boy!” Mel yipped, jumping up, knocking back the stool.

Mel clapped Jack on the back. “Come on. This is so awesome. I can’t believe it. I’m so proud of you.” Mel fumbled his words. “You’re freakin’ ready! My boy’s a genius.” The two watched the lights, their eyes hurting.

Finally, Mel made for the house. “Now cut that power and get to bed or you’ll be zombified.” He paused, half way up the steps into the home. “You did it. I’m so proud.”

Jack cleaned up and shut down for the night. He had three days until the science fair, plenty of time to finish the presentation.

Another noise came from the side yard.

He walked to the side door, parted the blinds, stared into the dark. That noise couldn’t be a cat. It had to be something bigger. Jack instantly suspected William of crossing the street and spying on him. The prickles on the back of his neck echoed his thoughts.

Jack double-checked the lock, then, out of sheer paranoia, took a piece of tape and barely stuck it to the bottom of the door and the concrete floor. He felt ridiculous but didn’t care.

The day of the science fair arrived. Want to Read What Happens?